It was long ago that dinosaurs are said to be existing but they could beat today’s hard head animals is what has been deduced after a study published in Pols One, a journal related to such discoveries.

However, some scientists believe that this could not be true since the skull of these dinosaurs constituted a spongy sinus which was engulfed by two layers of dense bone. This makes the scientists not to believe that they could be this head strong.

To prove the above theory right, that these dinosaurs were headstrong, Dr. Eric Snively along with palaeontologist, Dr. Jessica Theodor, took some samples of computerized scans of the skulls of these dinosaurs and used their density measurements to create 3D model of these animals.

The scientists were now able to prove that the stegoceras would have been able to beat the stress better than most animals from today like The Northern American big horn sheep or the Arctic Musk Ox or more such animals.

This thus proved that the theory that the specific variety of dinosaurs was much more capable than today’s animals is correct.

Let customers speak for us

Good quality... I had used one pack n placing order again.. It's price reasonably n quality is also good.. I use one for a day and it's sufficient for a puppy.. Mine is three months old

My cat loves the product. he immediately learned to use it properly and I am happy with it 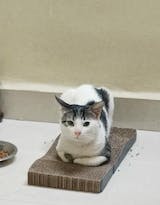 This one is very sturdy, the material, the size, and the sound it makes is perfect for a dog toy. I have a golden retriever and he loves it. 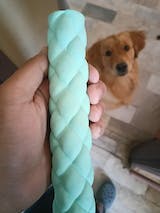 Great product my dog loves it. 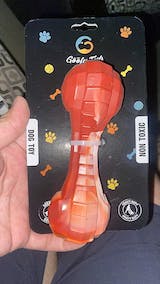 It’s great for my two month old puppy. It’s sturdy and she loves the crinkle when she bites into it. One minus is the squeaky toy is barely squeaky. The four stars is for that. Otherwise, it’s a great toy.